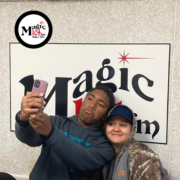 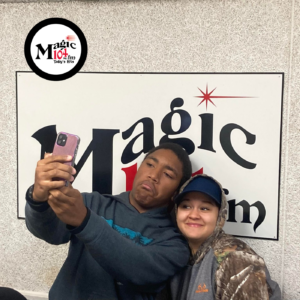 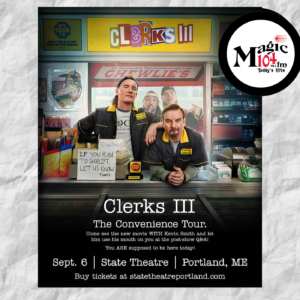 JOHN DAVIDSON JOINED CLAY ON THE MAGIC MORNING SHOW FOR THE WORLD PREMIER OF HIS NEW SONG! #ABBIETHEINTERN 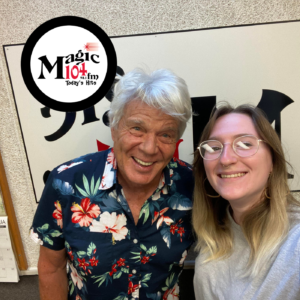 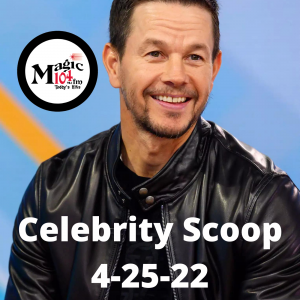 Ellen DeGeneres opened up about the rumors that her show was a “toxic” environment in her first interview since announcing that her show will be ending after season 19.

The talk show host told Savannah Guthrie that she has 255 employees and had know way of knowing what was going on behind-the-scenes. She added, “I do wish somebody would have come to me and said, ‘Hey, something’s going on that you should know about.’”

DeGeneres also said that she “didn’t understand” what was happening at the time. She said, “I still don’t understand it. It was too orchestrated. It was too coordinated. And, you know, people get picked on. But [it was] for four months straight for me. And then for me to read in the press about a toxic work environment, when all I’ve ever heard from every guest that comes on the show is what a happy atmosphere and what a happy place it is.”

DeGeneres also said the criticism against her “did feel very misogynistic.”

Oprah Winfrey revealed her most embarrassing interview moment on an episode of Literally! With Rob Lowe.

She told the Parks and Recreation alum that she was talking to Sally Field and felt a responsibility to ask the actress about Burt Reynolds, her Smokey and the Bandit co-star and former partner.

Field, according to Winfrey, then “shut down” and the interviewer “could not get in again”.

The 25 year reunion of the TV series, Friends, will include some heavy hitters. The 90’s show will feature BTS, Justin Bieber, Lady Gaga, and others. All members of the original cast will also be on the non-scripted celebration.

Friends: The Reunion will premiere on HBO Max on May 27. The date coincides with the one-year anniversary of HBO Max’s launch that first signaled Friends would be removed from Netflix.

Entertainment Tonight reports that Machine Gun Kelly is looking to the future with girlfriend, Megan Fox. According to their insider, Kelly would marry her in a heartbeat, but Fox is the one holding back. They have a great relationship and she doesn’t want it to change right now. According to the insider, she always takes her three children into consideration.

The couple first met while on the set of Midnight in the Switchgrass, a few months after she separated from her husband, back in March of 2020.

KAT DENNINGS ENGAGED TO ANDREW WK: Andrew WK and Kat Dennings are engaged.  The WandaVision actress shared the news on Twitter Thursday (May 13th), posting a photo of the engagement ring along with the caption, “Don’t mind if I do @AndrewWK.”  The pair only started dating in early 2021.

The news that John Mulaney and his wife are divorcing broke Monday (May 10th), but it appears he’s already moved on.

People reports that the comedian is dating Olivia Munn.  A source told the magazine, “This is very new, they’re taking it slowly. They met at church in Los Angeles.”

The actress reached out to Mulaney in December, after he entered rehab following a relapse in his cocaine and alcohol addiction.  At the time she tweeted, “Sending SO MUCH love and support to John Mulaney. You got this.”

A source told Page Six that the Big Mouth star asked for a divorce from Anna Marie Tendler three months ago.

She said through a spokesperson earlier this week, “I am heartbroken that John has decided to end our marriage. I wish him support and success as he continues his recovery.”

The MTV reality star made the announcement on Instagram Thursday (Mary 13th), writing in his Story, “After talking to the team at MTV, we have mutually agreed that I will step away from the show while I seek medical treatment for mental health issues that I’ve ignored for too long.

“My number one goal now is facing my struggles head on. This process will be difficult but my #1 priority is to get healthy and be the best man and the best father I can for my daughter.”

Ortiz-Magro was arrested on April 22nd on suspicion of intimate partner violence with injury. At the time, he was on probation from a separate domestic dispute with former girlfriend Jen Harley.

L.A. City Attorney’s office announced they will not be seeking charges against the 35-year-old star in his domestic violence case but authorities have filed a probation violation.

Joe Jonas turned into a goofy weatherman as part of a new alcoholic beverage campaign for Tanqueray Gin’s Sevilla Orange.

In the commercial, he’s seen with gelled-back hair, wearing a plaid blazer, and white sunscreen on his nose.

The product is now available for purchase nationally.

There’s now a burrito named after Twenty One Pilots. Band members, Tyler Joseph and Josh Dun have joined up with Chipotle Mexican Grill to create their favorite burrito.

Look for a new album from Twenty One Pilots called Scaled and Icy, to be released on May 21.

Last night (May 13th), Nicki Minaj went live to announce that she will be releasing her Beam Me Up Scotty mixtape on streaming services and that it would include a new track called “Seeing Green” featuring Drake and Lil Wayne. Drake also joined her live and explained why he sent the song to Nicki, saying,  “It didn’t feel right, you not being on it … Nobody does this sh*t better than you … We miss your presence, we miss your bars.” In addition to “Seeing Green,” Nicki also dropped new songs “Fractions and “Crocodile Tears.”

‘JUNGLE CRUISE’ WILL PREMIERE ON JULY 30TH: Disney’s Jungle Cruise will debut in theaters and Disney+ Premiere on July 30th.  Th film, starring Dwayne Johnson and Emily Blunt is based off of the Disney theme park attraction.  Johnson wrote on Instagram Thursday, “The most important thing with our movie was to ALWAYS take care of families around the world by giving you options to watch it. Audience first.”

KATHRYN HAHN JOINES ‘KNIVES OUT’: Kathryn Hahn is the latest addition to the cast of Rian Johnson’s Knives Out sequel. The Wandavision star joins Daniel Craig, Dave Bautista, Janelle Monae, and Edward Norton for the film, which is set to make its debut on Netflix.

ERIC ANDRE JOINS ‘THE RIGHTEOUS GEMSTONES’: Jason Schwartzman, Eric Roberts, and Eric Andre will all have recurring roles in Season 2 of HBO’s comedy series, The Righteous Gemstones. According to Deadline, production for the the nine-episode second season is already underway.

Ellen DeGeneres is walking away from her talk show at the end of the upcoming 19th season.

According to the Hollywood Reporter, she informed her staff on May 11th and will discuss the decision with Oprah Winfrey on the May 13th episode of The Ellen Show.

The host told the outlet, “When you’re a creative person, you constantly need to be challenged — and as great as this show is, and as fun as it is, it’s just not a challenge anymore.”

The move comes after a season that was plagued with drama.  During the summer of 2020, the comedian faced allegations of bullying and creating a toxic workplace, which contrasted with DeGeneres’s friendly onscreen persona.  However, she claims that’s not why she’s leaving.

The host said, “It was very hurtful to me. I mean, very. But if I was quitting the show because of that, I wouldn’t have come back this season.”

Sources tell Page Six that her time slot may be filled by Kelly Clarkson, whose talk show currently airs after The Ellen Show’s 3p.m. spot.

Sophie Turner lashed out at paparazzi in her Instagram Story after they snapped photos of her 10-month-old daughter, Willa.

According to E!, the Game of Thrones alum said in the now-deleted post that she thinks it is “creepy” that grown men would try to take photos of a baby without the parents’ permission.

She added, “I’m sickened, I’m disgusted and I’m respectfully asking everyone to stop following us around and stop trying to take pictures of our daughter and especially printing them.”

Turner and her husband, Joe Jonas, welcomed baby Willa in July 2020 and have not publicly shared any photos of their firstborn.

Colton Underwood revealed to Variety that he came out of the closet because he was blackmailed.

The former Bachelor star told the outlet that after going to a gay spa in Los Angeles “just to look,” he received an anonymous email threatening to leak nude photos from the visit.  After that, he says he came out to his publicist and shared the email with him.

However, he told Variety that he’s known he was different since he was six-years-old and added, “I was ‘the Virgin Bachelor,’ but I did experiment with men prior to being on The Bachelorette.”

Paparazzi stationed outside of Ben Affleck’s Los Angeles home spotted an intruder climbing the gate surrounding the actor’s property on Tuesday (May 12th).

The photographers contacted the police but, according to the Los Angeles Police Department, the suspect was gone by the time they arrived and no one was taken into custody

A spokesperson for the department said that the intruder was seen wearing a jacket that said “Security” in gold lettering. He was spotted leaving the LA mansion on a bicycle.

Though it’s been teased and rumored for a while, it’s now official, Katy Perry is set for a new residency in Las Vegas. Tickets go on sale beginning May 24

Her new show, called Play, opens December 29 at Resort World Casino. The new venue touts having the largest and tallest performance stage in the city. Ticket pricing is not listed at this point.

Next week, Demi Lovato will launch her first ever podcast, calling it, 4D with Demi Lovato. Topics will include mental health, activism, LGBTQ rights, body positivity, art, and the environment.

Jane Fonda and Jameela Jamil are set to be featured guests on the show, which begins May 19.

Earlier this week she announced another new show based on UFO encounters that will air on Peacock. She’s currently developing an array of projects for NBC Universal, including a comedy that she will star in.