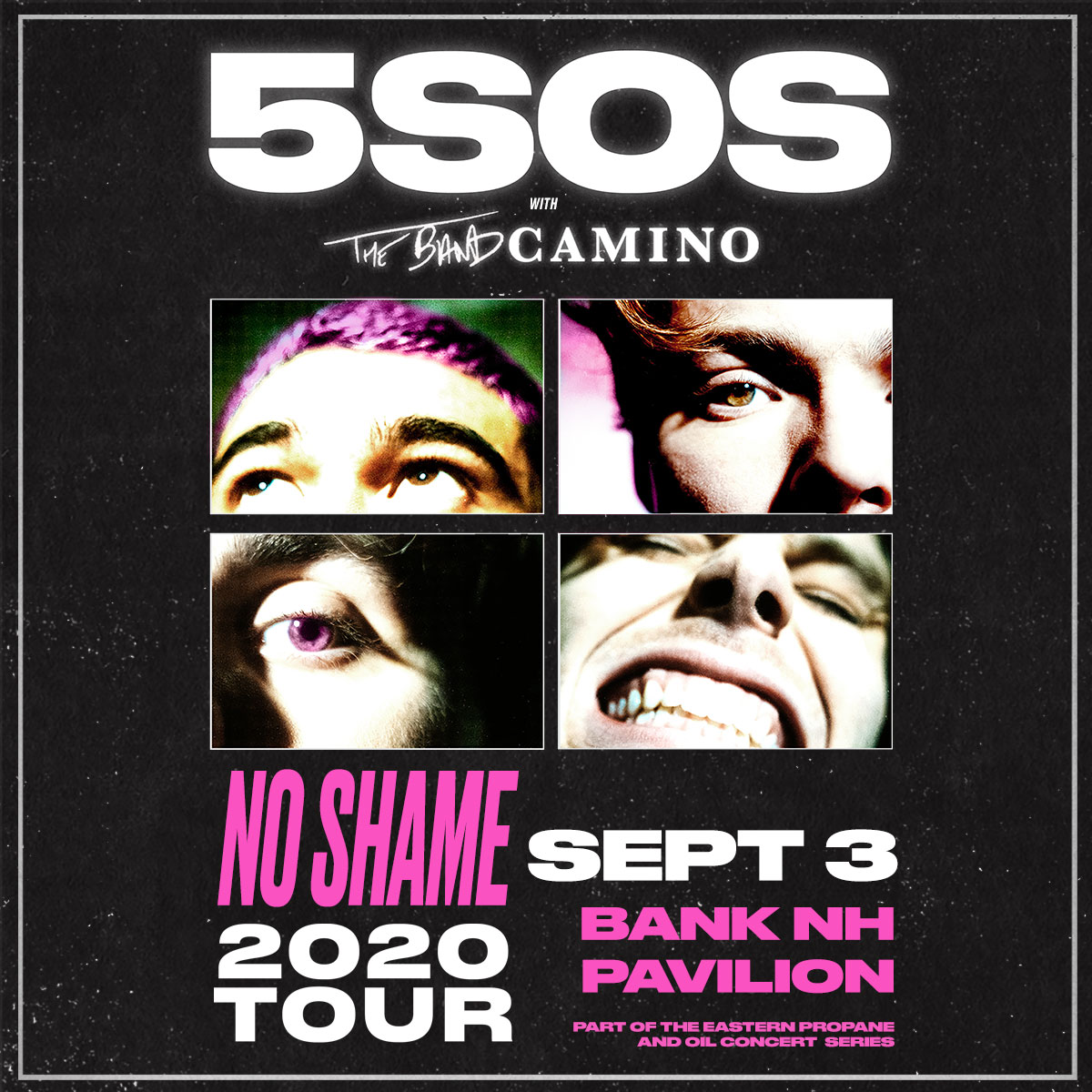 5 Seconds of Summer have announced a NEW North American tour that will feature The Band Camino as special guests.

The group’s No Shame 2020 tour will begin August 19th in Denver, CO before wrapping up September 26th in Concord, CA and one of those stops will be on September 3rd with our friends at the Bank of New Hampshire Pavilion in Gilford, NH.

Tickets go on sale this Friday, February 7th…BUT…you can WIN’EM BEFORE YOU CAN BUY’EM for the rest of this week with Gino and The Magic Morning Show!

Tune in Wednesday, Thursday, and Friday from 6am-9am for your chance to go see 5SOS LIVE for FREE!

On this tour they will be promoting the band’s upcoming fourth studio album, with the singles “Easier” and “Teeth” which are currently playing on Magic 104’s airwaves.

For more info on the show and the rest of the schedule for the Bank of NH Pavilion go to BANKNHPAVILION.COM