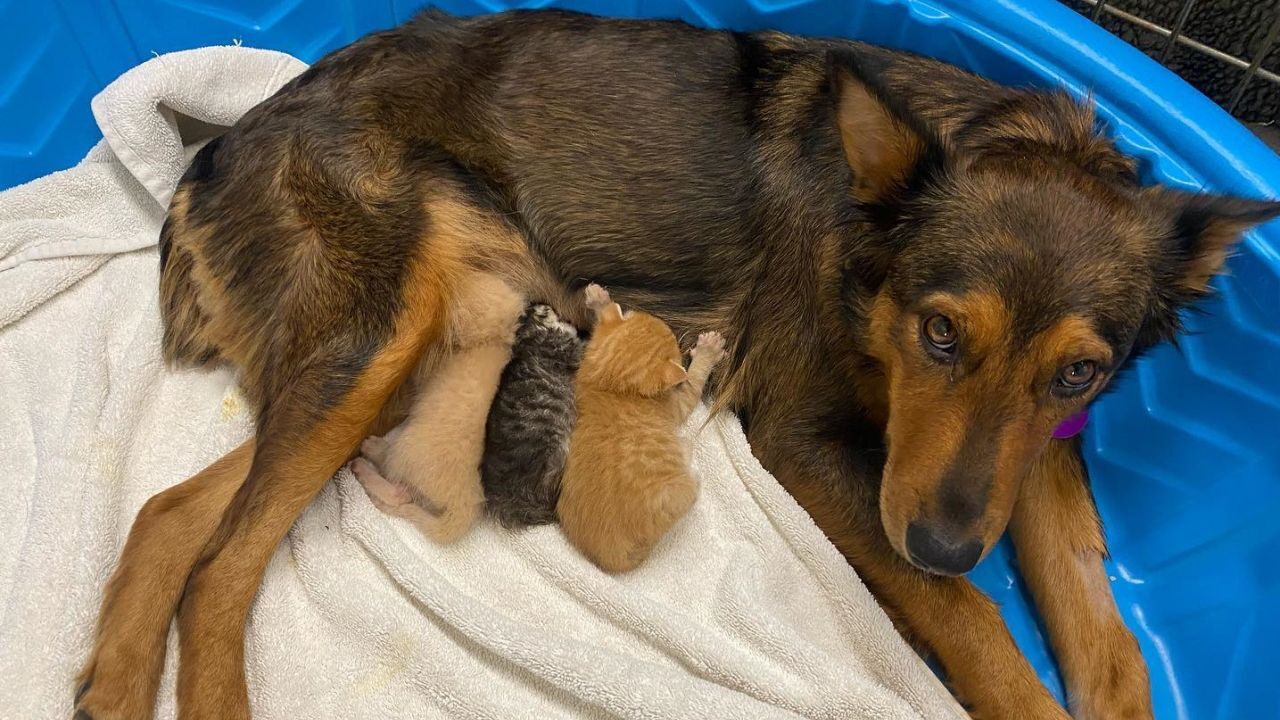 The Sunshine Dog Rescue in Phoenix rescued a dog found living at a gas station and named the Australian Shepherd mix, Georgia. They soon learned Georgia was pregnant, but sadly the puppies were all born prematurely and none of them survived. “I’ve never had a mom dog lose a whole litter before. The best way I could describe it was she was frantic. It was so sad, she was looking for those babies. She tore up the toddler mattress we had her on, trying to find her babies,” said Anita Osa, founder of the rescue. Osa put out a call for help on Facebook, looking for any animals that needed a lactating mother dog. But what she ended up with was three newly orphaned kittens, who also needed a mother. Georgia is now super happy with her kittens. She cleans them and lets them nurse on her as if they were her own babies.