In what authorities now believe to be a prank, Kennett High School took precautionary measures yesterday to handle an alleged bomb threat on the school. The Conway Daily Sun reports the threat was found on an unassigned computer and stated a plan to attack the school this Friday afternoon. Kennett High School officials told the Daily Sun that the High School was cleared after school, and bomb-sniffing dogs were brought into the High School. They say a heightened police presence will remain for a short time. Officials say the student responsible for the message has been identified and they believe the alleged threat was actually a prank. Anyone with pertinent information is still asked to contact the Conway Police Department.

Here is the original press release from the Conway Police Department: 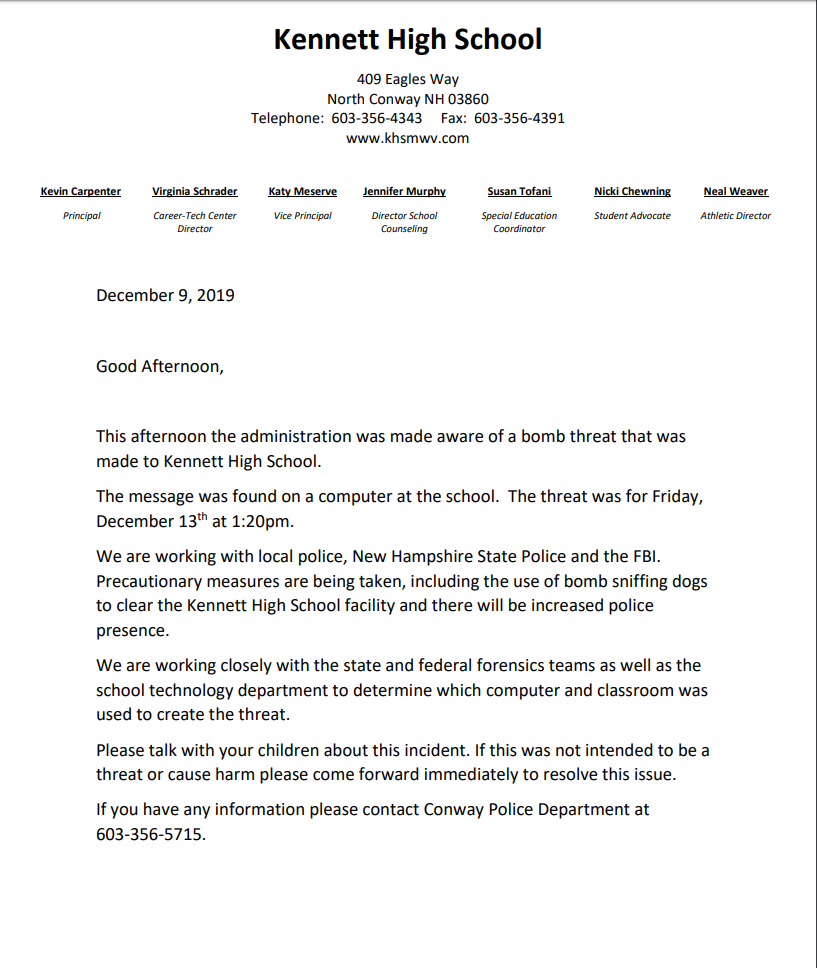