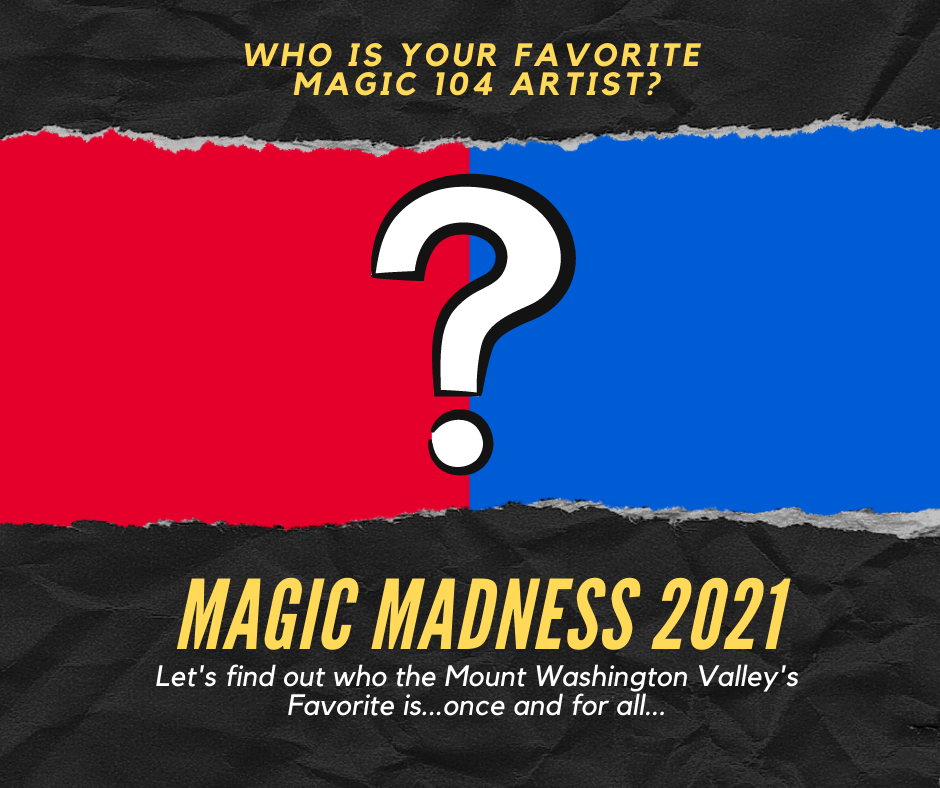 64 Artists have been chosen and NOW, all you have to do is VOTE!

The BIG 32 has been named and now they squared off in the Head to Head Matches below. Vote for your favorite in each round via the poll below. The Sweet 16 will be announced Wednesday, March 24th at 8:10am.