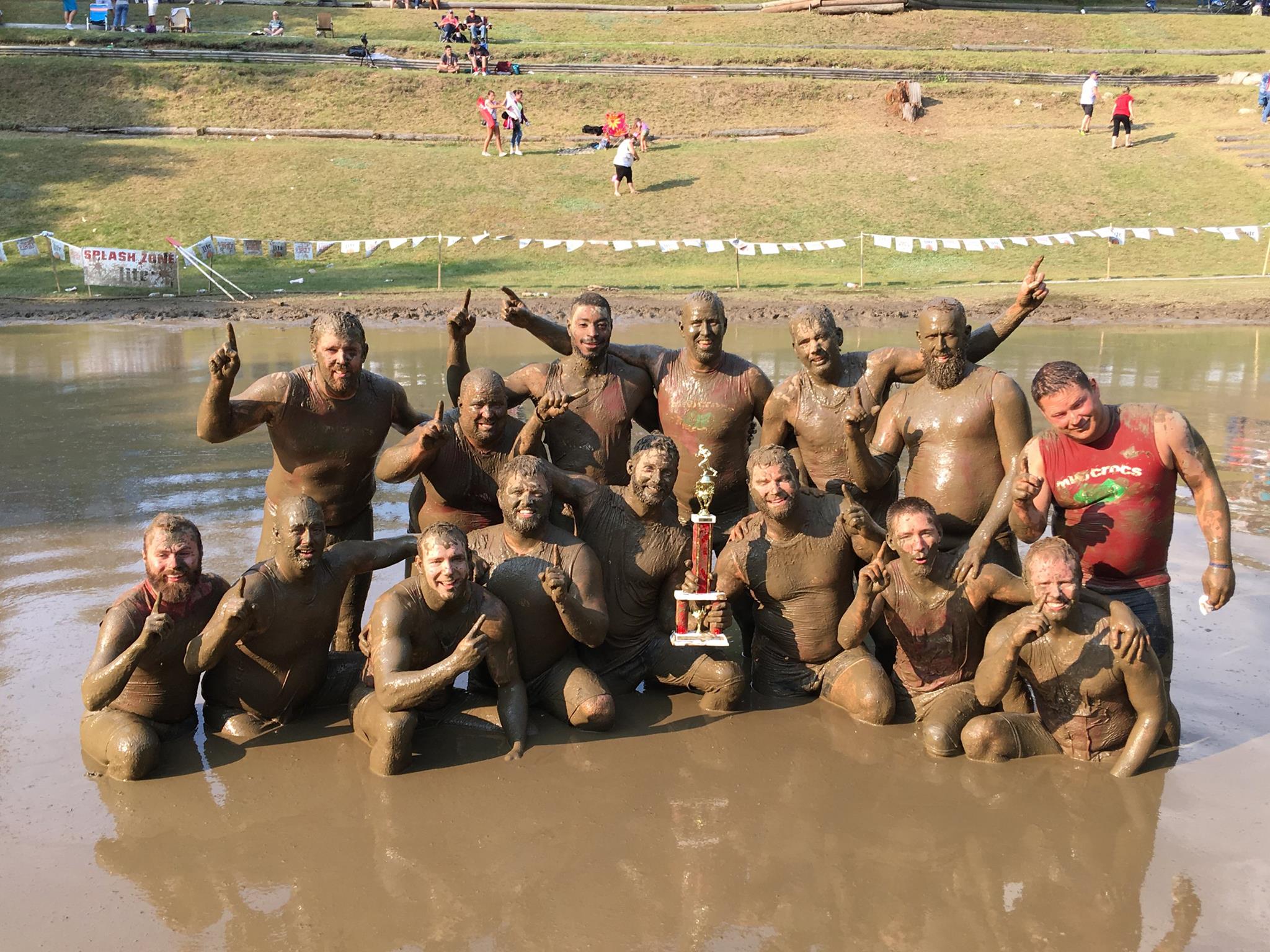 NORTH CONWAY, NH — This years Mud Bowl theme has been announced. The 36th Tournament of Mud Parade, sponsored by Amoskeag Beverages LLC of Bow, will be held Saturday September 8th at 10 a.m. in North Conway Village featuring a theme of “Mud Bowl Goes Under the Sea.”

Serving as grand marshal will be Patty Tilton of the Conway Daily Sun, longtime Mud Bowl souvenir program graphics coordinator and her mother-in-law, lay minister Gerry Tilton of the First Church of Christ Congregational in North Conway. Gerry has been a dedicated volunteer at Mud Bowl, where she serves as a notary registration official.

For forty-two years, Mud Bowl, the Championships of Mud Football, has pitted twelve teams against each other during the three-day weekend after Labor Day at Steve Eastman Memorial Field in Hog Coliseum, behind the North Conway Community Center.

This year the Mud Bowl will take place on September 7th-9th.

Among the teams competing are three local teams: the defending two-time champion North Country Crocs, the 11-time champion Mount Washington Valley Hogs who first brought Mud Bowl to North Conway in 1976; and a new team back for their second year, the North Conway Mud Things.

Advance three-day tickets are $15 (entitles the bearer to two $500 prize drawings — need not be present to win) and are available at the North Conway Community Center and Vaughan Learning Center. Daily tickets are $6 for ages 14 and older; and $4 for ages 6 through 13. Family passes are $15 per day (two adults, two children).

The money raised during this event is donated to multiple non-profits in the Mount Washington Valley including the North Conway Community Center, Vaughan Learning Center and Carroll County Retired Senior Volunteer Program. To date, more than $900,000 has been raised since the games were first held in North Conway in 1976.

Find more information on Facebook at Mud-Bowl.org or northconwaycommunitycenter.org or call the center at (603) 356-2096.

Celebrity Scoop – 08/30/2018Our News Director Christian Mower is STILL NOT Smarter Than A 5th Grader! –...
Scroll to top