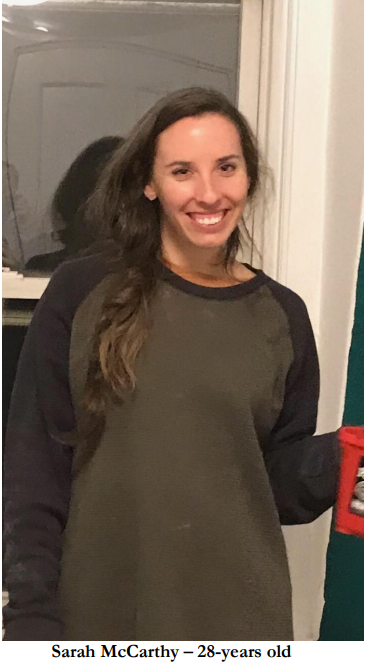 28-year-old Sarah McCarthy has been found dead after the Cumberland County Sheriff’s Office put out a call to help locate her that circulated on social media. McCarthy had last been seen leaving work at the Fairgrounds Pizza and Pub just before midnight Friday night (2/14). She had been planning to meet a friend in Conway, New Hampshire. Shortly before 1pm on Sunday her vehicle was located by a driver who spotted it in the Ossipee River. Authorities believe she was speeding and failed to navigate a turn in the road. Sarah had called her family and friends shortly before leaving for Conway, they told authorities she had sounded disoriented at the time. The incident remains under investigation.