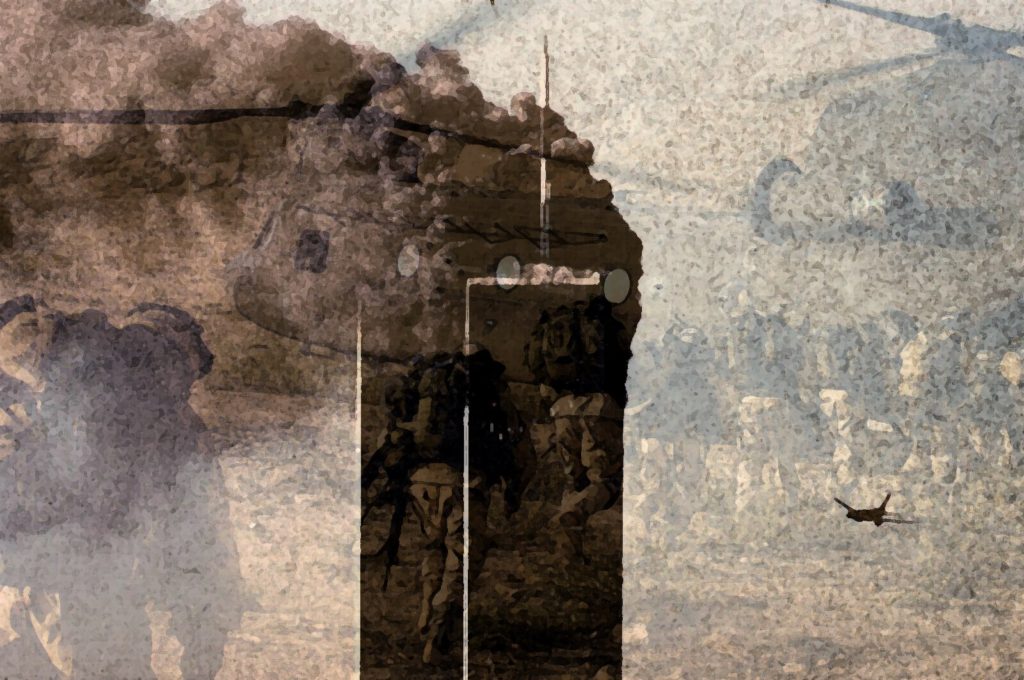 The Attack and Reaction

18 years ago a coordinated attack by al Qaeda took the lives of 2,977 people and changed the American landscape forever. A week later, then-President George W. Bush signed into law a joint resolution authorizing military force against unspecified nations, organizations, or persons involved in the attack. The result was the War in Afghanistan after the Taliban refused to surrender Osama Bin Laden and other leaders of al Qaeda involved in the terrorist attack.

Motivations behind the attack remain debated. Bin Laden had been responsible for a number of attacks against the United States with, according to al Qaeda, a specific goal of coaxing America into war with the Middle East. Separate reports cite Bin Laden’s goal as wanting to make the United States less supportive of its allies in the Middle East. Whether we believe that Bin Laden wanted to weaken American resolve and get the nation to withdraw support, or we believe that the purpose of the attack was to create a common “crusader” enemy to unite the Middle East’s Islamic population against, al Qaeda failed. The United States became more involved in the region and terrorist factions of the middle east continue to have infighting including the creation of the infamous Islamic State group. Lesser known affiliates of al Qaeda, such as al Nusra, also continue to splinter off despite fighting common enemies.

A Commemorative Service was conducted in Schouler Park at 8:46am, the moment the first hijacked plane crashed in the North Tower of the World Trade Center.

The “America Supports You – Freedom Walk” will be at 5pm starting at the Jackson Covered Bridge off Rt. 16.

“Putting 9/11 into Perspective,” will be a talk presented by American Legion Post 95 Commander Jim Lefebvre at the Lobster Trap Restaurant off West Side Road at 5:30pm.