NORTH CONWAY, NH – It was a night of wining, dinning, and networking yesterday (10/29/18) during the 106th Mount Washington Valley Chamber of Commerce Annual Meeting.

A sold out crowd filled with Chamber members, business leaders, and local representatives came out to the Red Jacket Mountain View Resort to look back at the years successes when it comes to local business in the Valley. 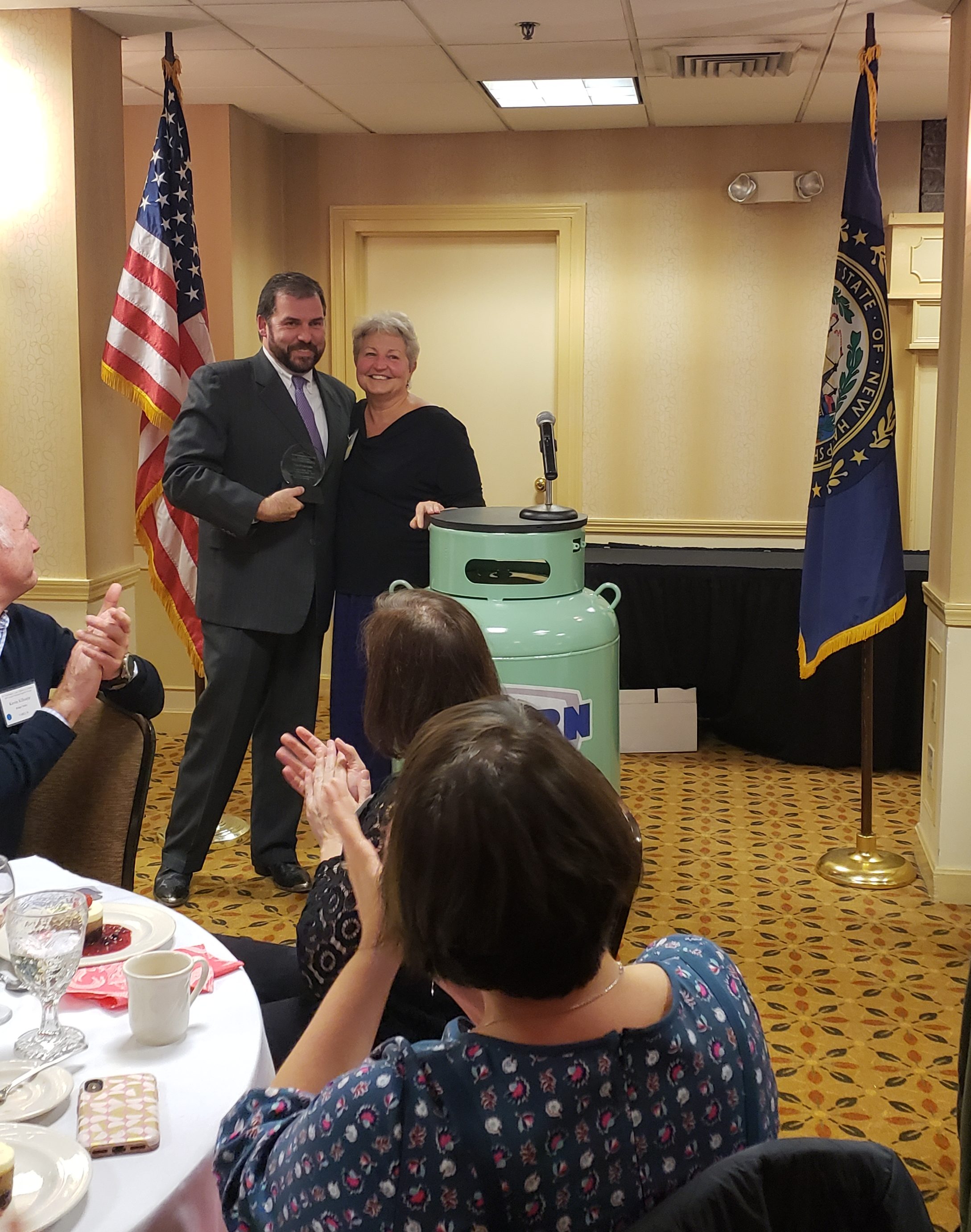 On a more somber note the Chamber Board President Tad Furtado gave his farewell speech during the meeting, as he is stepping down from office after being the president for 6 years. Christopher Bellis will be stepping in as the next board President.

In addition to the evening of networking was a celebration of Valley staples who worked tirelessly to better not just their businesses but the success of the Mount Washington Valley as well during the Annual Business Awards. 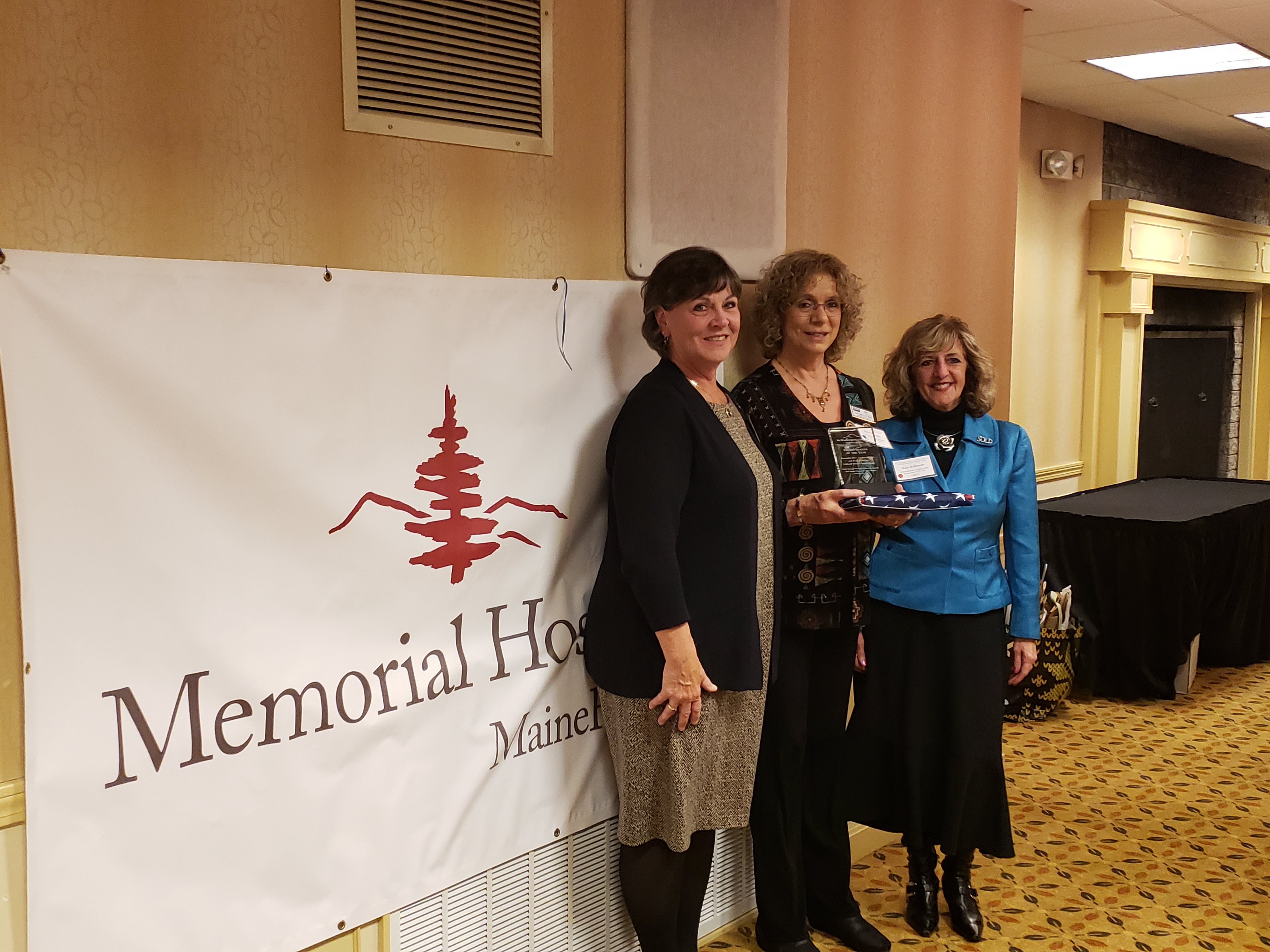 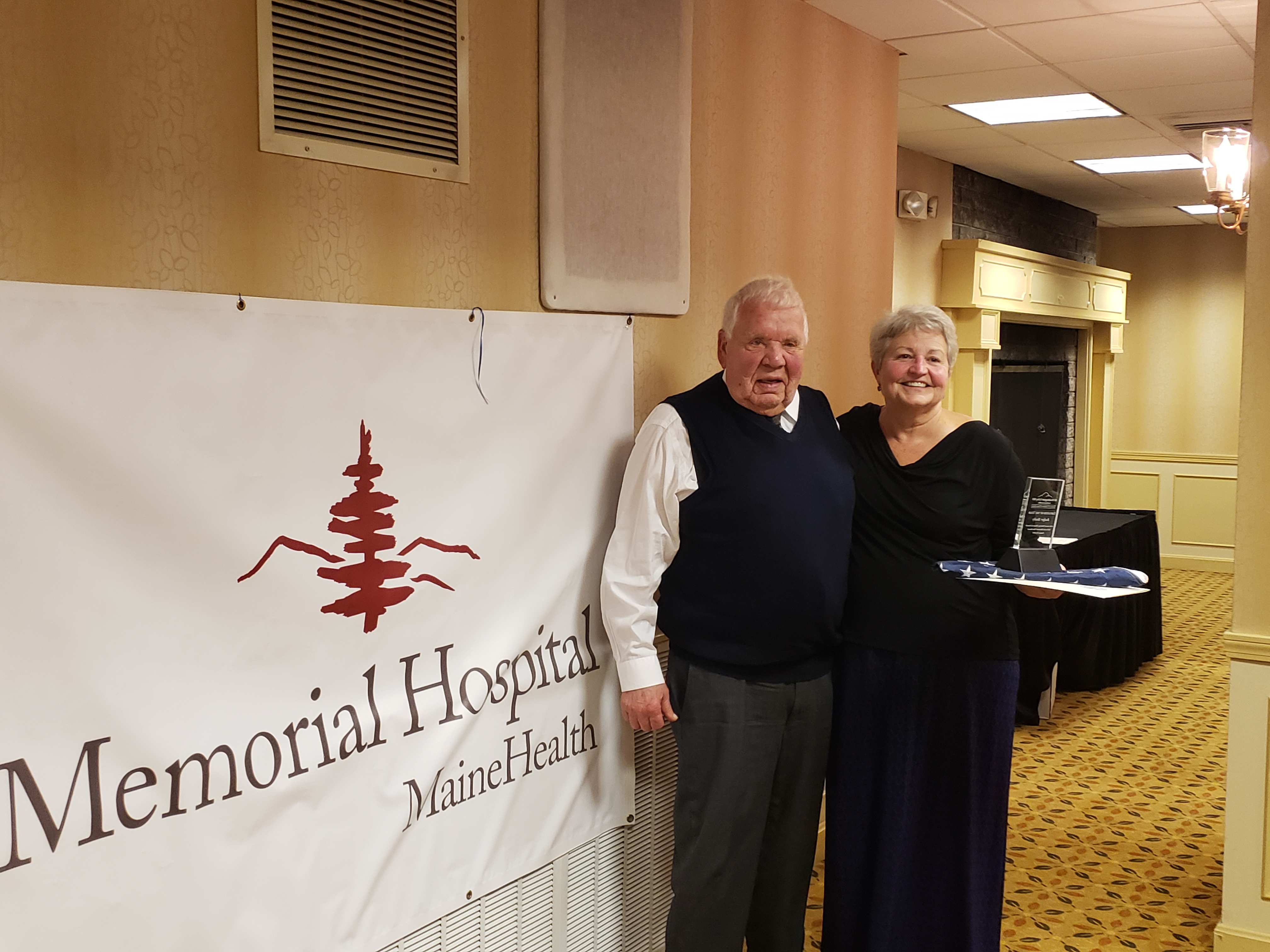 This year the Employer of the Year Award was awarded to Badger Realty. Since 1965, Badger Realty has been a staple of the Mount Washington Valley and a leader of community projects, volunteerism, and advancement. Dick Badger & Brenda Leavitt have created a family-oriented culture within an industry that had not historically been recognized through teamwork. They believe in the power of continuing education and encourage their employees to continue their professional development through education and training whenever possible.

This year the White Mountains Treasure Award wasn’t award to just one person but to three very deserving individuals. 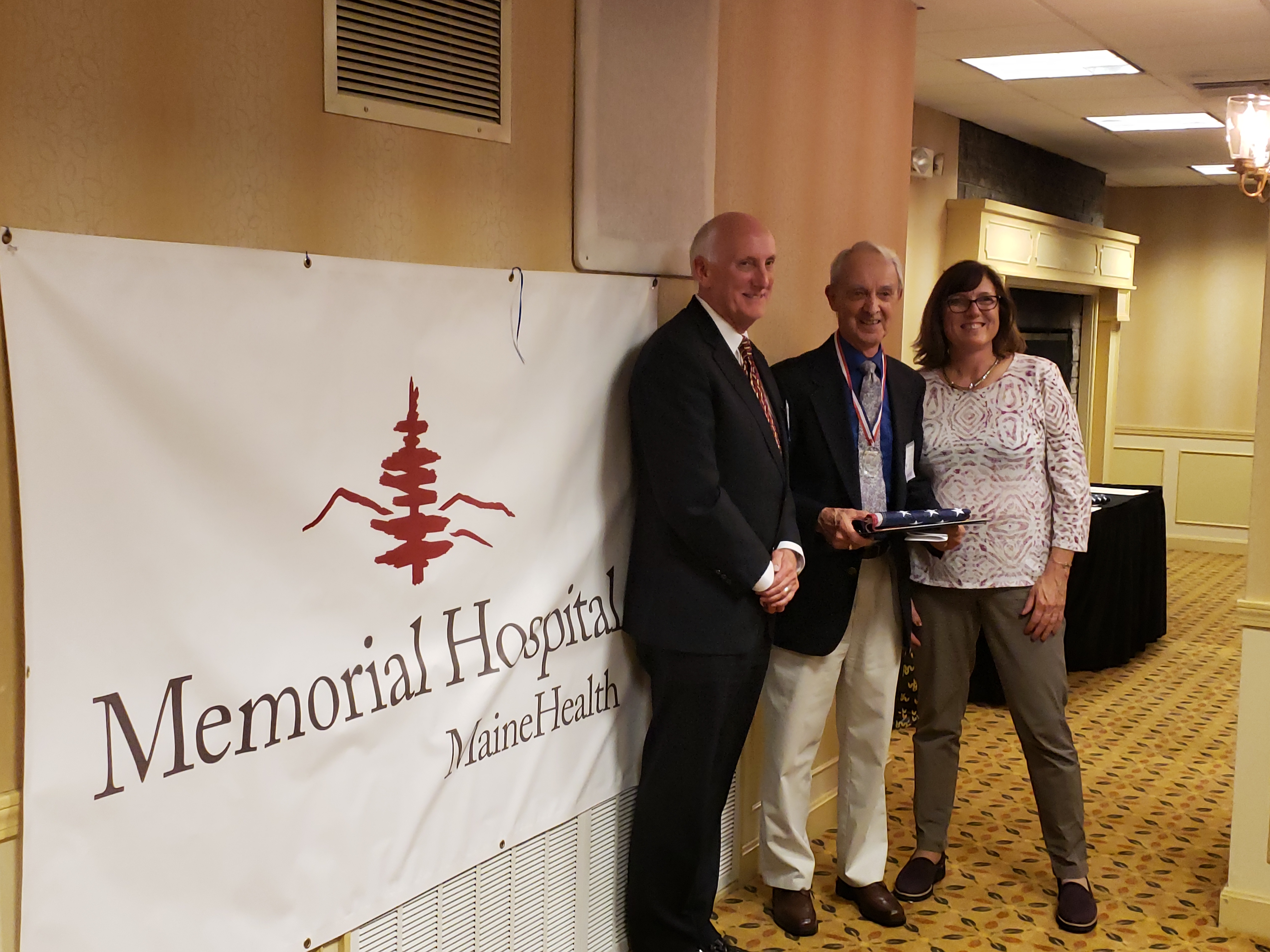 Floyd Corson was the first to receive the White Mountains Treasure Award. Floyd can be found every Sunday playing the organ at the First Church of Christ. He began his volunteering experience by stepping in to cover the organ for a single Christmas season, and instead remained the volunteer organist for the last 19 years. As an accomplished organist and pianist, Floyd has brought outstanding musical performances for anyone present at church on Sundays. In addition to his Sunday services, Floyd was the pioneer of the White Mountain Musical Arts and the Bach Festival, which celebrated its 30th year this past summer. Floyd is highly regarded amongst his peers and the main reason the Mount Washington Valley has been fortunate enough to host so many talented musicians of his field for such little money is a result of their respect for him. 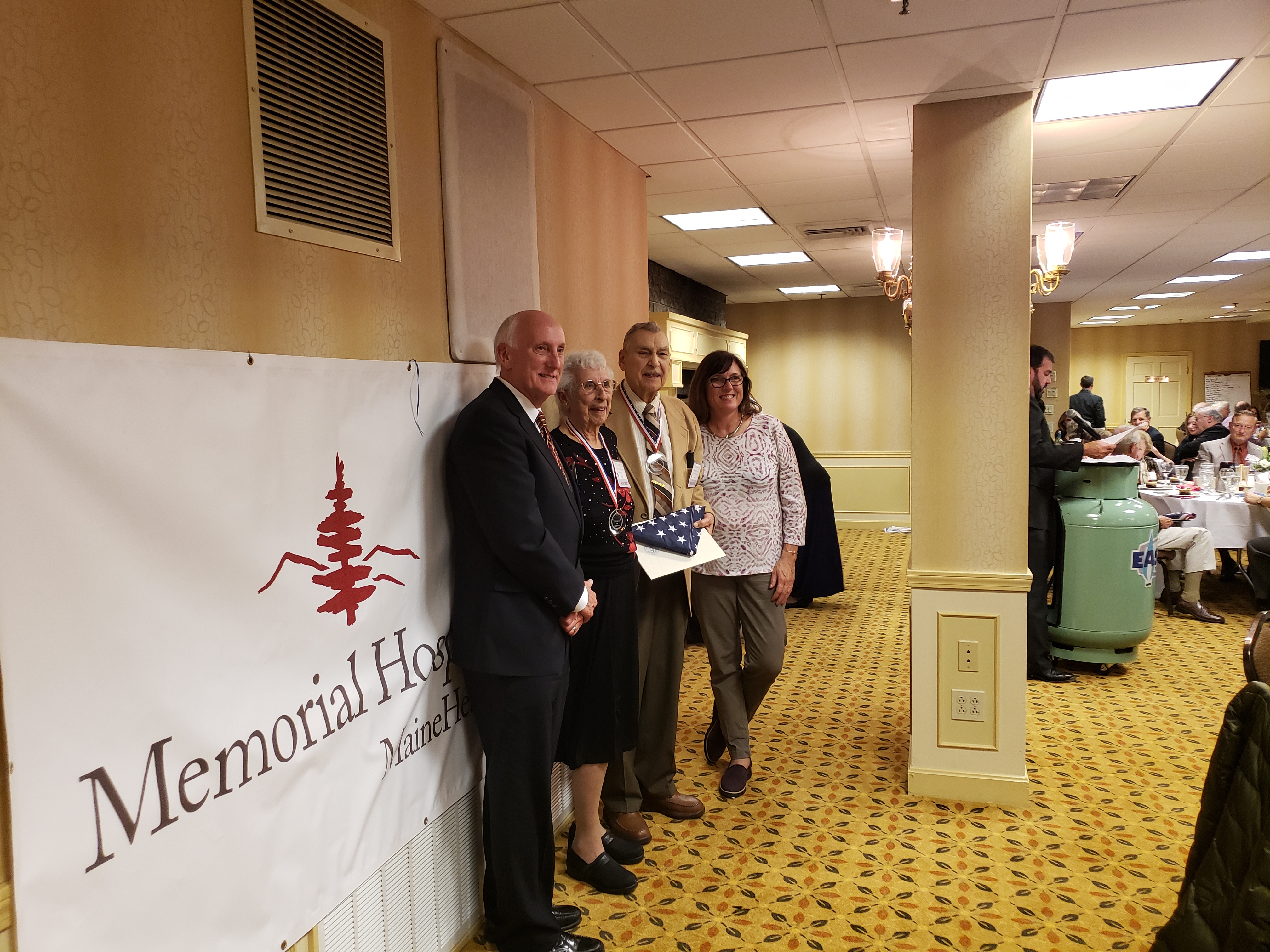 The second and third recipients of the White Mountains Treasure Award were Shirley and Richard Van Dyne, described as mainstays of Memorial Hospital’s entrance for 10 years – and that’s just the beginning. The list of Shirley & Richard Van Dyne’s combined service is extensive, and includes (but is probably not limited to) helping with Tin Mountain Conservation Center, North Conway Community Center, MWV Mud Bowl, Volvo Tennis Tournament, RSVP of Carroll County, The Salvation Army, Boy Scouts of America, John Fuller School reading programs, Madison Elementary School, the Albany Historical Society, Girl Scouts of America, Meals on Wheels, blood drives with the American Red Cross, the Albany Civic Group, and Memorial Hospital. The Van Dyne’s have logged in over 2500 hours of service to Memorial Hospital alone over these last ten years, and their service to the community through the aforementioned organizations spans more than 50 years. 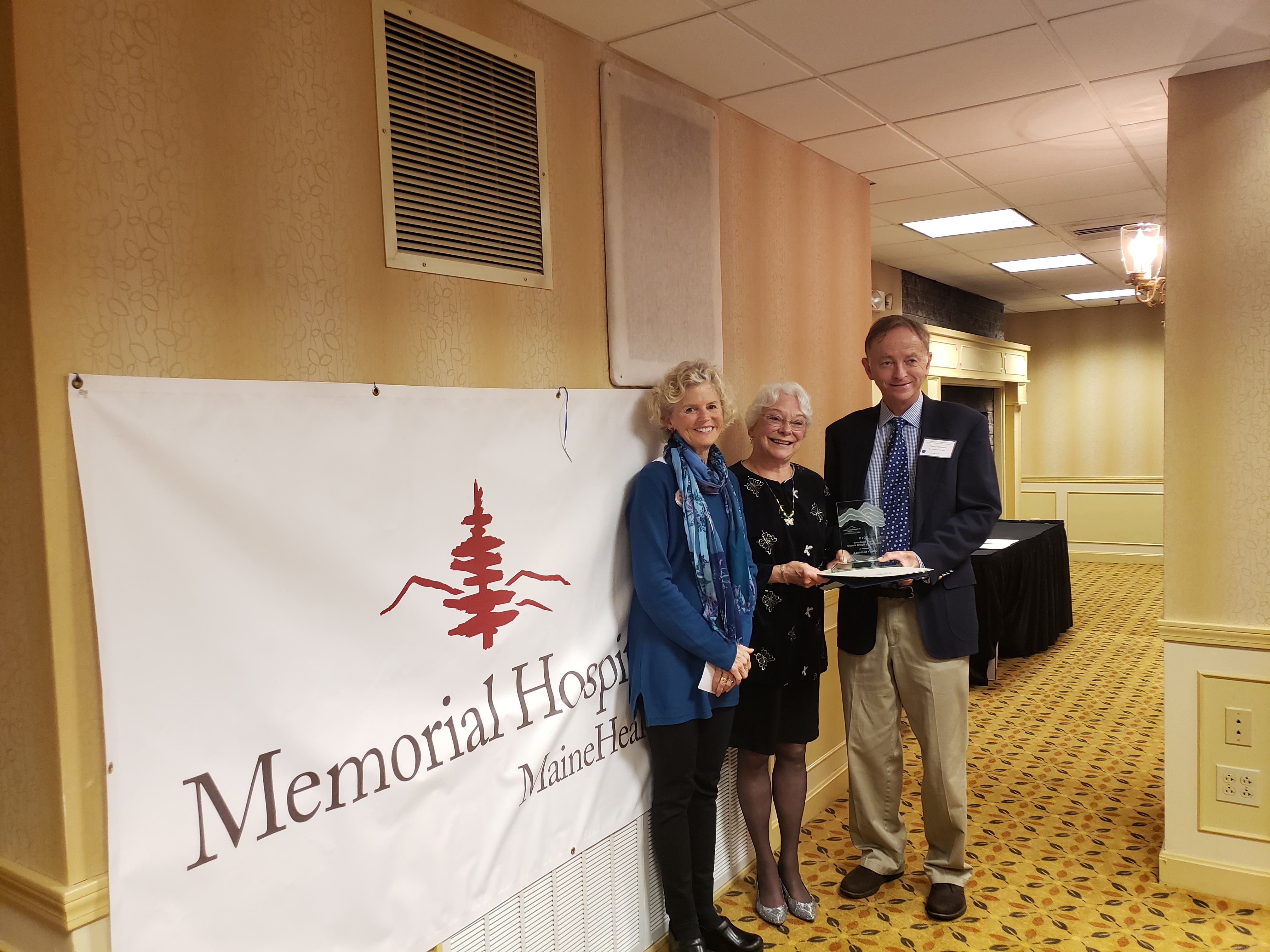 This year’s Steve Eastman Community Spirit Award recipient was Cindy Russell. Cindy Russell, 76, stepped down prior to this past season as executive director of Arts Jubilee, the valley’s celebration of the performing arts. She passed the baton to Bob Sheehan, 27, her understudy the past three years, who has the title of arts administrator. Russell stayed on for the summer, serving as his transitional mentor. The concert series evolved over the years and has been held at Cranmore Mountain since 2006. Formerly executive director of the Mount Washington Valley Musical Arts Association, she continues to promote the organization’s events, including the annual Bach Festival through her website, mwvevents.com. In the past, she has managed the town of Conway’s Fourth of July Celebration, Mt. Washington Valley New Year’s Festival; Polar Express and the Jackson, NH Bicentennial Celebration in 2000.

For more information about the Mt. Washington Valley Chamber of Commerce call at 603-356-5701 or visit MtWashingtonValley.org.

Information in story contributed to by: