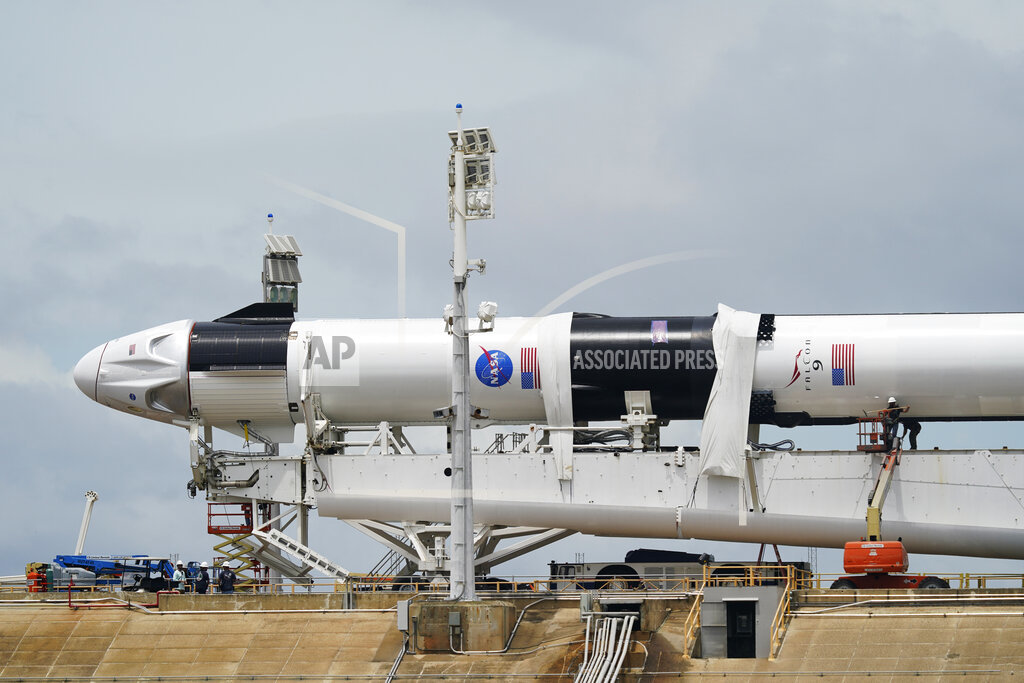 The SpaceX Falcon 9, with Dragon crew capsule is serviced on Launch Pad 39-A Tuesday, May 26, 2020, at the Kennedy Space Center in Cape Canaveral, Fla. Two astronauts will fly on the SpaceX Demo-2 mission to the International Space Station scheduled for launch on May 27. For the first time in nearly a decade, astronauts will blast into orbit aboard an American rocket from American soil, a first for a private company. (AP Photo/David J. Phillip)

SpaceX’s launch of two NASA astronauts is set for today (May 27th), the first by the U.S. since the end of the space shuttle program in 2011, nearly a decade ago. SpaceX’s Falcon 9 rocket and Dragon capsule will be bringing astronauts Doug Hurley and Bob Behnken to the International Space Station on a test flight. SpaceX will be the first private company to put astronauts in orbit. President Trump and Vice President Mike Pence are expected to be at the Kennedy Space Center in Florida for the planned 4:33 p.m. ET liftoff. Since the end of the space shuttle program, the U.S. has been paying Russia to launch and return NASA astronauts. SpaceX has been launching cargo capsules to the space station since 2012.

For more details on SpaceX go to SpaceX.com 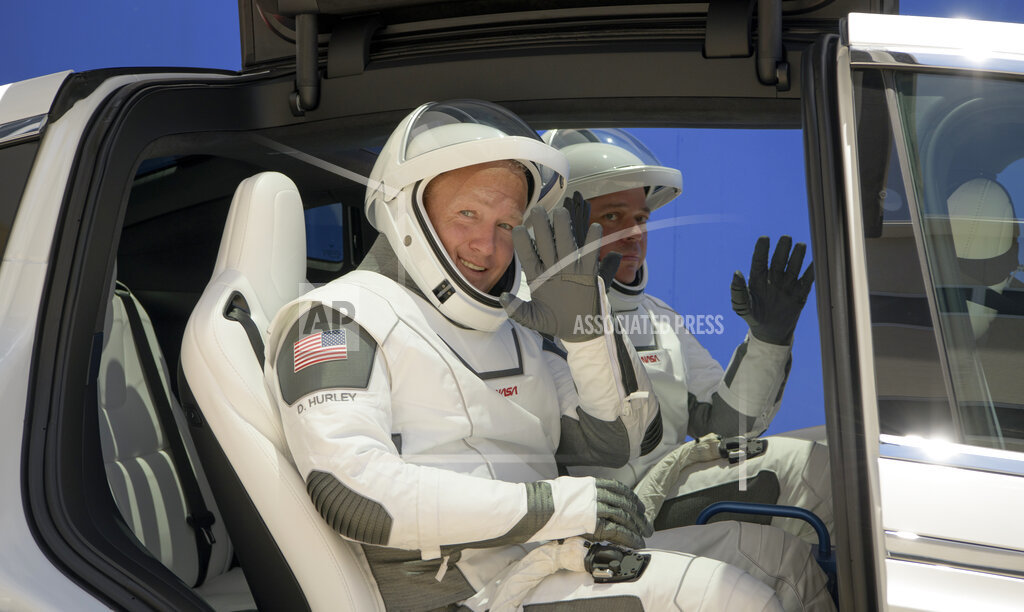 NASA astronauts Douglas Hurley, left, and Robert Behnken, wearing SpaceX spacesuits, depart the Neil A. Armstrong Operations and Checkout Building for Launch Complex 39A during a dress rehearsal prior to the Demo-2 mission launch, Saturday, May 23, 2020, at NASA’s Kennedy Space Center in Cape Canaveral, Fla. The SpaceX Falcon 9 rocket, that will send two astronauts to the International Space Station for the first crewed flight from the U.S. in nearly a decade., is scheduled for launch on Wednesday, May 27. (Bill Ingalls/NASA via AP)