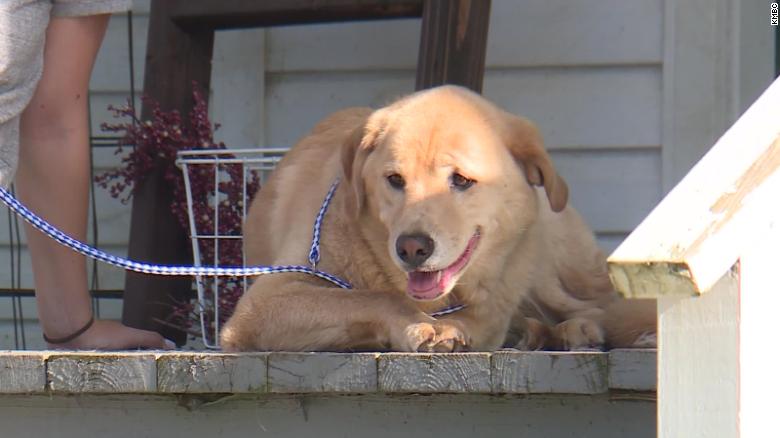 LAWSON, Mo. (AP) — A dog named Cleo who disappeared from her home in Kansas earlier this month turned up a few days later at her old home in Missouri, about 50 miles away. Colton Michael told television station KMBC this week that the 4-year-old Labrador retriever-border collie mix showed up on his family’s front porch in Lawson, Missouri. He says she was scared at first and wouldn’t let anyone near her, but he eventually gained her trust and had her checked for a microchip. It showed that she belonged to the family that had owned his home before he bought it nearly two years ago. They were amazed when he called with the good news.