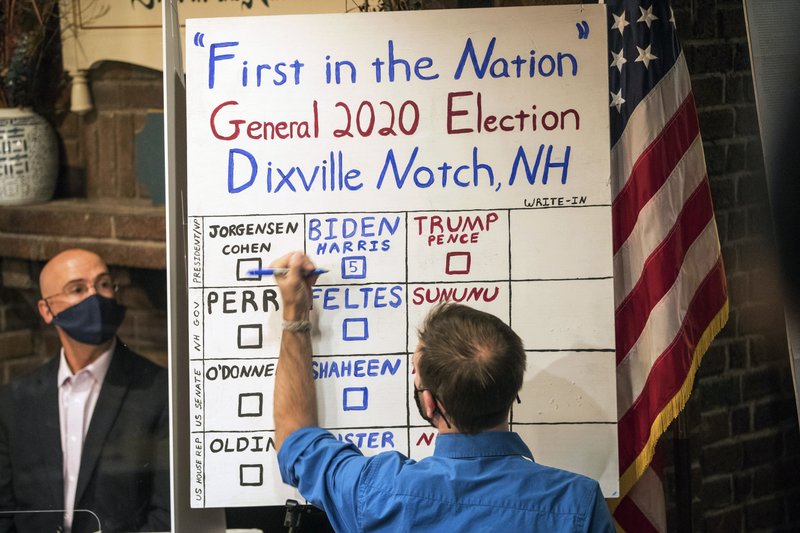 DIXVILLE NOTCH, N.H. (AP) — Two tiny New Hampshire communities that vote for president just after the stroke of midnight on Election Day have cast their ballots, with one of them marking 60 years since the tradition began. The results in Dixville Notch, near the Canadian border, were a sweep for former Vice President Joe Biden who won the town’s five votes. In Millsfield, 12 miles to the south, President Donald Trump won 16 votes to Biden’s five. Normally, in Dixville, town moderator Tom Tillotson says there would be a big food spread and media crammed into a small space to watch the voting. But that’s not possible because of the coronavirus pandemic. A third town, Hart’s Location, suspended midnight voting this time because of coronavirus concerns.