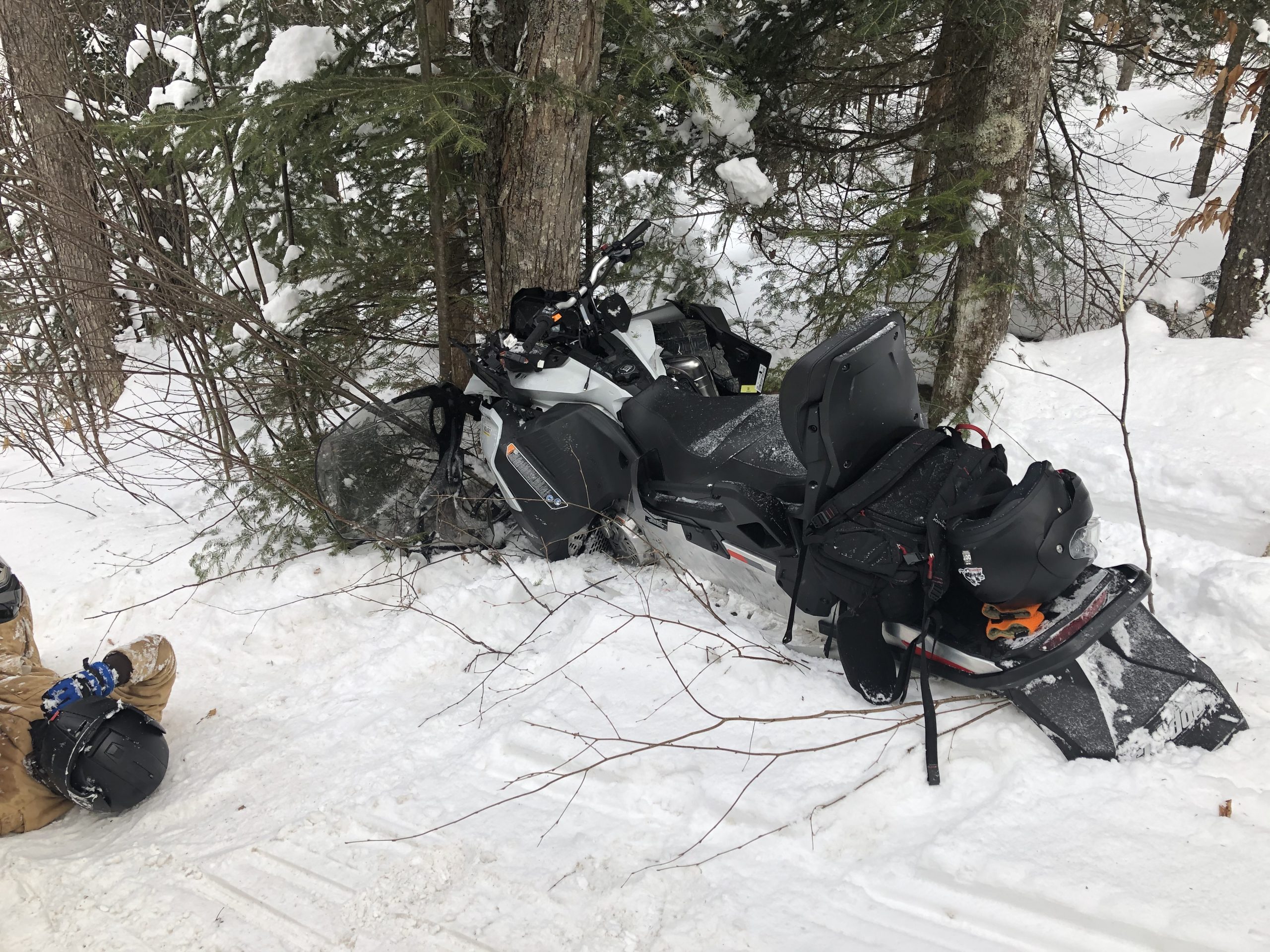 Emergency personnel were notified of the collision by a 911 call from another member of the guided snowmobile tour.  EMS personnel from Twin Mountain Fire and Rescue, a police officer from the Carroll Police Department and a Conservation Officer from the New Hampshire Fish and Game Department all responded. Ultimately, the operator was transported by ambulance to Littleton Regional Hospital in Littleton for further evaluation and treatment.

During the investigation it was determined that the operator had traveled approximately 1 mile since starting the guided snowmobile tour at 2:30 PM and had never operated a snowmobile prior to the incident.  The operator was wearing a helmet and inexperience is considered the primary contributing factor in the collision.  Alcohol or drugs were not a factor in the collision. 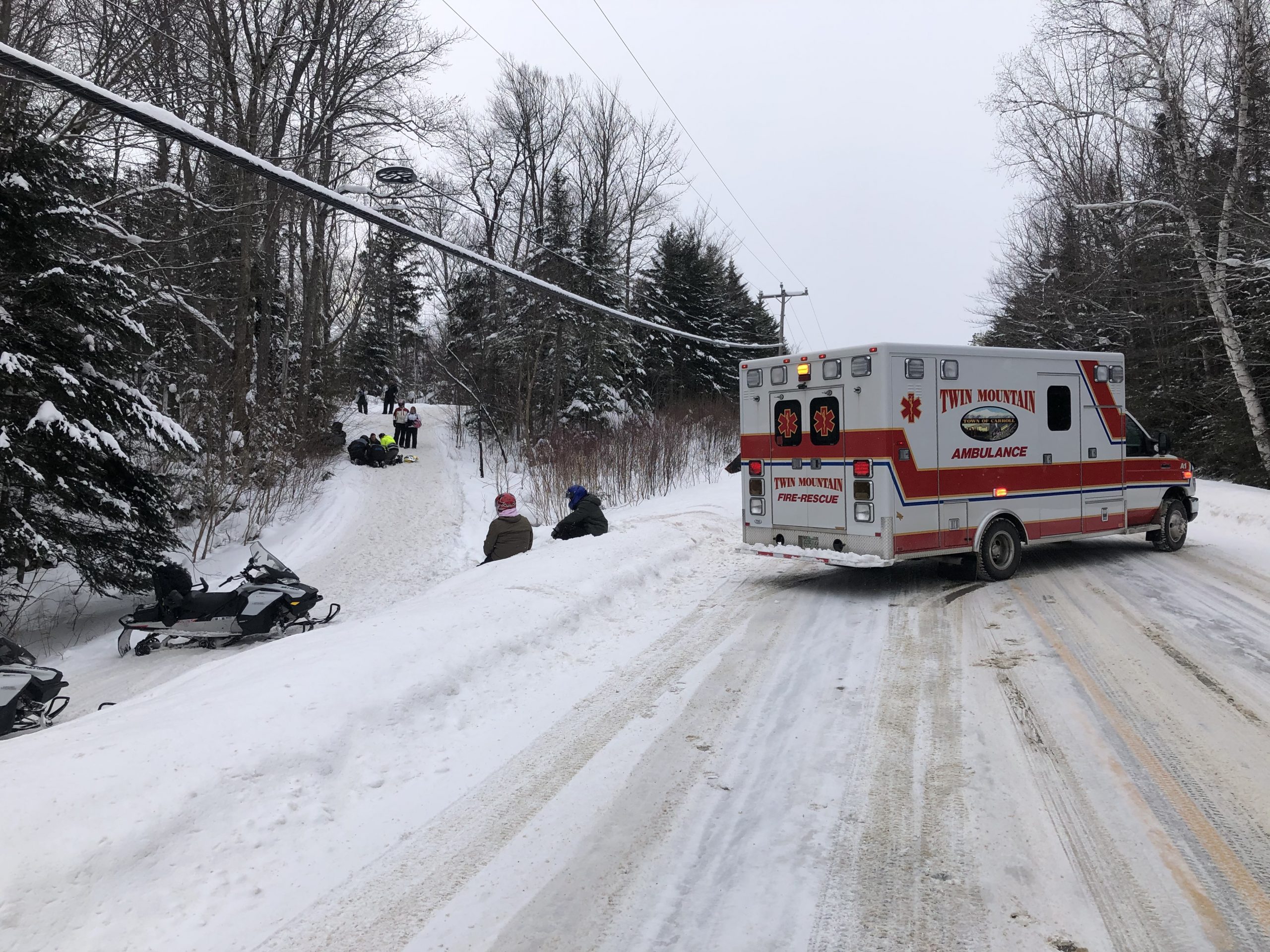