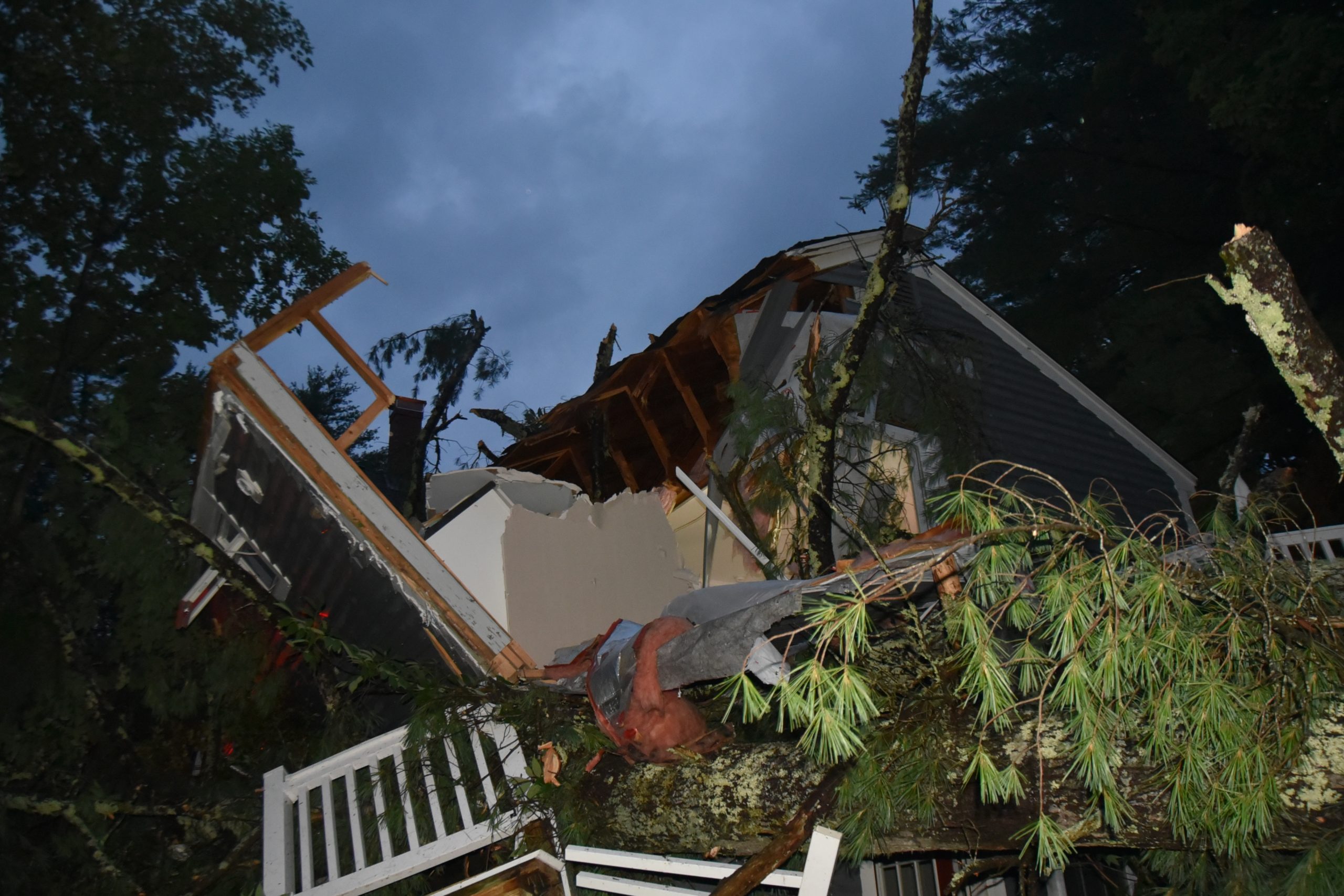 NORTH CONWAY – On Tuesday, August 4, 2020, at 7:15 pm the Conway Police Department Dispatch Center received a call from a woman at 655 Kearsarge Road in North Conway reporting that a tree had fallen on her apartment building.  The woman reported that she was trapped inside her basement apartment.  There are three apartments located inside the building.  Rescue personnel arrived and were able to safely extricate the woman from the apartment but learned that a second female was in the second-floor apartment at the time the tree fell on the building.  The woman, identified as Joyce Roberge (60) of the apartment, was found deceased inside her apartment.  The New Hampshire Medical Examiner’s Office will be conducting an autopsy in order to determine the exact cause of death.  Officers and rescue personnel remained on scene for approximately 2 hours investigating the incident.  On behalf of the Conway Police Department, North Conway Fire and Rescue and Brewster Ambulance, I would like to offer our deepest condolences to the deceased’s family and friends.

The Conway Dispatch Center received over 25 calls for trees and powerlines down between 7:15 pm and 10:00 pm last night as strong storms passed through the Conway area.  Some residence are still without power but all roads are clear as of 8:00 am this morning.