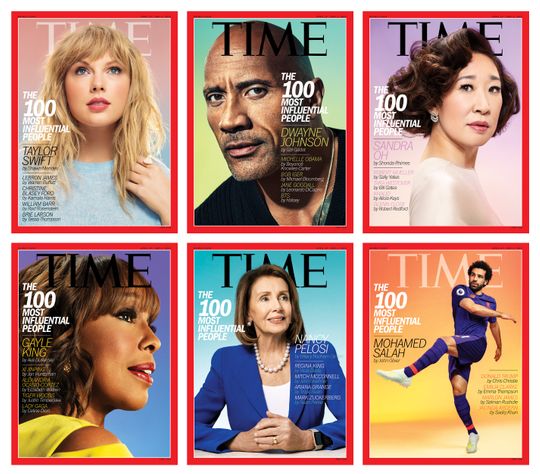 Taylor Swift, Lady Gaga and Ariana Grande are among the 100 most influential people in the world, according to Time magazine, which has put together its annual list of the biggest influencers across a number of categories, including Pioneers, Artists, Leaders, Titans and Icons.

In the latter category, Taylor and Lady Gaga are included among names like Michelle Obama and Spike Lee. In the Artists category, you’ll find Ariana Grande, BTS and Khalid.

Shawn writes of Taylor, “[She] makes the job of creating music for millions of people look easy. It all comes from her – her belief in magic and love, and her ability to be as honest and raw as possible.”

“Ari is breaking the rules and is a force who understands how music should work in 2019. Her love of her fans and of music guide her every move,” Troye wrote of Ariana.

“She marched to the beat of her own drum, knowing that her message of individuality was a way to express her inner strength,” writes Celine of Gaga. “What makes her even more special, and such a powerful influence on society, is that she empowers her fans to adopt the very same values in their lives.”

Alicia Keys lauded Khalid. “He’s a beautiful writer with the ability to take human concepts and make you understand and feel them,” Keys wrote. “He has a full, powerful voice that is somehow unassuming and smooth at the same time. He’s accessible – almost like you’ve met somebody like him before, although there’s nobody else like him.”

Taylor and Khalid will both perform at the 2019 Time 100 Gala, taking place April 23rd.